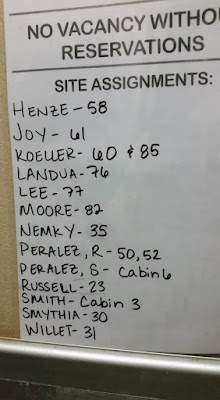 Humm, looks like they didn’t know we were coming!

I expect we're going to get quite an education visiting all 69 state parks that can accommodate the MC Kismet. We're a little surprised at how each park is operated differently. I called here the afternoon of our planed arrival and got a recording that said the office was open until 9:30 p.m. Friday nights, so I didn't worry about talking to anyone since we would be arriving by 8:30 p.m.. (Also listened to that same information when I called the next morning).

Upon our arrival, just before 8:30 p.m. we found the office closed and the "No Sites Available Without Reservation" sign out. I parked and found the posting shown here. Despite having a pre-paid reservation our name was not on the list. Certainly it was a mistake. After looking at our reservation paperwork and receipt again I drove on in to the park armed with this photo so that we would know what empty sites were already taken.

We drove through the park in the dark until we found an empty site that was not on the late arrival list.

With a little assistance from a park host who's site was across the road, we backed into a spot for the night.

At another state park we had arrived after the office closed, found an open spot, and parked. In the morning we called the office and they took care of us over the telephone. Very helpful since we aren't towing another vehicle. On the way out we stopped and presented our Texas State Parks Pass and finished up the paperwork.

Such would not be the case here at McKinney Falls. We would either need to pack up, disconnect, pull in the slide, and drive back to the office to check in for another night or hike across the to the office. Ugh!

On the bright side, always looking for the silver lining, we could also cruise the park and look for a potentially better site. 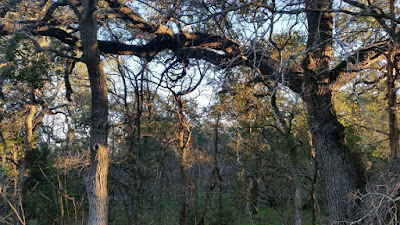 We really enjoyed McKinney Falls State Park where the morning sun was streaming in through the trees, campfire smoke was hanging in the air, and the morning started at a brisk 36F under a clear blue sky. 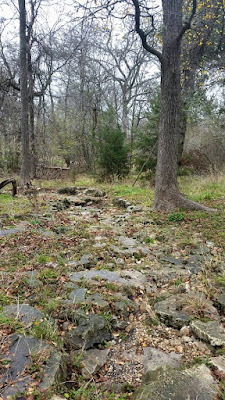 It's not hard to see why McKinney Falls State Park RV camping sites are water and electric only. With rocky soil like this running sewer lines would get very expensive in a hurry! That said, there are plenty of restrooms and a convenient dump station that can accommodate RV's from two directions. 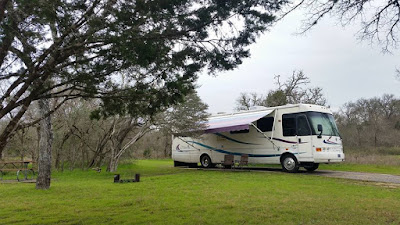 This is an urban park very close to Austin. Accordingly, there was a little highway noise in the distance, the occasional aircraft overhead, and some ambient light from the city. None of which detracted from camping and hiking in the thick trees and brush. This is also a very active park with a good number of day users. We too enjoyed the paved roads and nice hiking trails. Frankly, it was nice to see so many families and lots of teens and tweens and senior scouts. 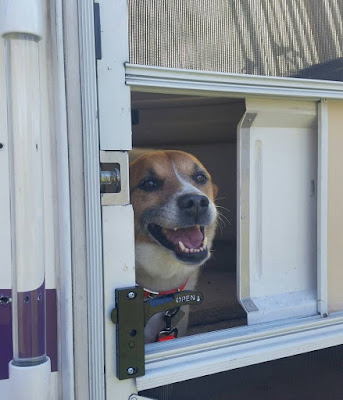 Being near Austin it also didn't surprise us to see more people walking with dogs than not. Austin known for being a dog friendly city and we fit right in with Jazz, our own Australian cattle dog corgi mix. She sure likes camping and going for walks. And there's always lots of things that she needs to smell. 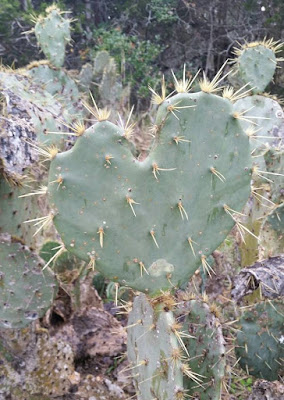 Unfortunately recent flooding from Onion Creek had much of the lower park closed for recovery. That made it difficult for us to enjoy the falls on this trip. But we understand that supplies have arrived last week and repair are about to begin so it can all be reopened by summer. Some day we'll come back and enjoy that part of the park as well.

So mark us down for having completed two nights at our fourth Texas State Park in the MC Kismet. Only 65 more to go! 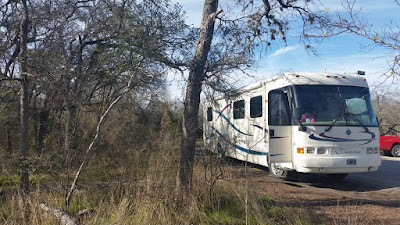 DKStall
Texas, United States
Over the last 20 years I have rented motor homes for family trips in California, Arizona, New Mexico,Nevada, Colorado, and Texas. Over those years our children, Samantha, Karen, Lauren, Megan and Jacob have all taken trips in a motor home. In the summer of 2015 we loaded up our adult daughter, our son-in-law and three granddaughters for a 4,300 mile, five state, 16 day excursion in a 2013 Fleetwood Bounder Classic. It was a wonderful experience that led us to think the time might be right to buy our own motor home.That started the process of identifying everything we liked and didn't like about all the RVs we've rented and seen. The list was long, and very, very specific. Fortunately for us new motor homes didn't fit that bill, so the search was on for just the right gently used motor home. This blog picks-up where that selection process ended.